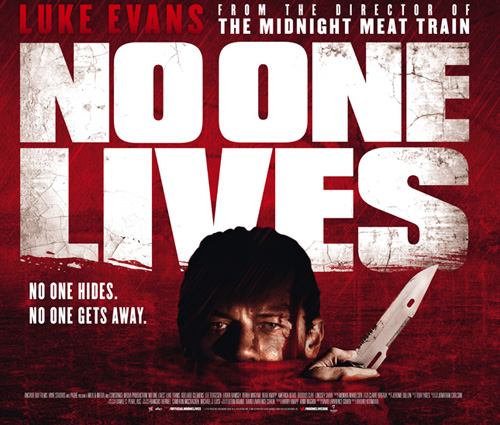 THE LAST PLACE ON EARTH YOU WANT TO BE
A family of criminals in rural Louisiana get more than they bargained for when they discover a missing heiress, Emma (Adelaide Clemens, The Great Gatsby), locked in a cage inside the car of a couple they have taken hostage. The driver (Luke Evans, The Immortals) is in fact a combat trained weapons expert who quickly turns the tables on his captors. Meanwhile, Emma’s best hope of survival is waiting for the gang to be hunted down and killed by her psychopathic kidnapper. Welcome to the dying game. 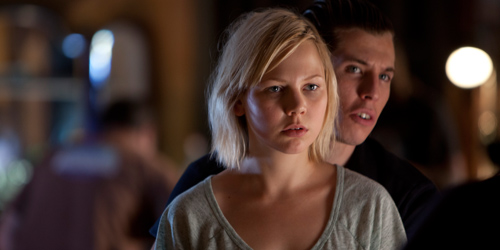 BEHIND THE CRIMSON MASK
The barrage of bloody awesomeness never lets up in this highway to hell horror from director Ryûhei Kitamura (The Midnight Meat Train/Versus), who imbues his super twisty plot and inventive death scenes with some knowing nods to Rambo: First Blood, The Deer Hunter and even TV’s MacGuyver. Luke Evans’ American psycho makes Patrick Bateman look a right wimp here and once he fixes his crimson gaze on you, you’ll be hooked like I was.

This non-stop horror is so buttock-clenching brilliant that its certain to become a genre fan favourite. And because it’s been produced by WWE’s film arm, there’s also some seriously bad ass wrestling on display. No One Lives so definitely belongs on a double bill with the equally brilliant home invasion thriller, You’re Next (read my review here). 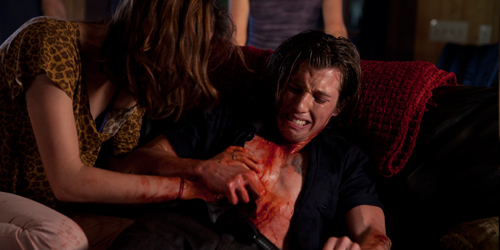 BEST SCENE
A corpse seemingly comes back to life – but what’s that emerging out of its skin?

THE VERDICT
A Must See.