LIGHTS! CAMERA! AZIONE!
Film director Guido Anselmi (Marcello Mastroianni) – who looks like the Italian director Federico Fellini – struggles to make a movie but can’t. Withdrawing, he recalls events in his life, from his boyhood in a beachside Rimini (where Fellini himself came from) to his romantic entanglements as an adult with his wife (Anouk Aimée) and mistress (Sandra Milo). But as his dreams and memories intertwine with reality, Guido eventually discovers his missing muse (Claudia Cardinale) and learns to let loose and go with the flow. 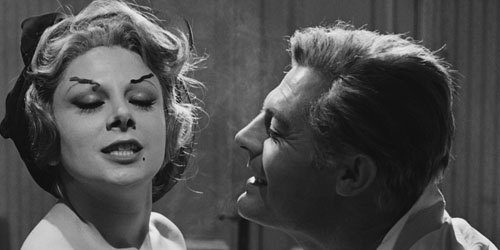 CINEPHILES REJOICE!
1963’s Otto e mezzo is Italian director Federico Fellini’s eight-and-½th film and his most personal – a self reflective musing on the artist’s struggles with creativity following success. Released to worldwide acclaim, it scored two Oscars and has become the ultimate art-movie and the cinephile’s must-see.

Audaciously avant garde yet in perfect synch with the Fellini’s restless on-screen alter ego Guido, this is the director’s finest moment in cinema where the spirit of the cartoon (Fellini started out as a newspaper cartoonist) is brought to exuberant life within the director’s consummate choreography of people and camera movement, while Nino Rota’s catchy circus-theme score cements everything together. Not surprisingly, 8½ has become a highly influential work that has informed generations of film-makers – most recently Paolo Sorrentino and his sublime The Great Beauty.

8½ is truly unmissable, and thanks to this new HD transfer, looks and sounds as fresh and enthralling as ever. 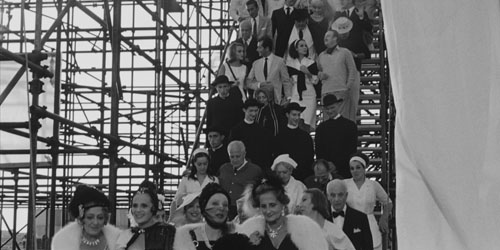 THE UK ARGENT RELEASE
The UK Region B/2 Blu-ray and DVD release from Argent Films features a HD-remastered print in the as-exhibited aspect ratio (1.85:1), as well as the following extras.
• Lost Sequence – Fellini on Fellini: a 50-minute documentary where the director discusses his life, love and making 8 ½.
• Interview with Fellini’s former assistant assistant, Lina Wertmuller.
• Tribute to Fellini’s speech on receiving his Life Achievement Award.
• Theatrical Trailers.