← Orphan (2009) | This seriously twisted Bad Seed would give even Supernanny nightmares
Absentia (2011) | Just what is the evil lurking beneath the streets in this unsettling indie horror? →

In A World Gone Mad, Reality Is The Ultimate Illusion
In a post-apocalyptic London where society has collapsed and gangs of feral-orphaned children roam the streets, middle-aged singleton D (Julie Christie) watches the lawlessness from her Normandie Towers ground floor flat.

One day, D discovers an alternative world, in which little Emily (Georgina Griffiths) resides with her strict Victorian father (Nigel Hawthorne) and unloving mother (Pat Keen). Unseen by the family, D moves like a phantom through the rooms of the great house, which lead to a grand dining room in ruins where nature is taking over. 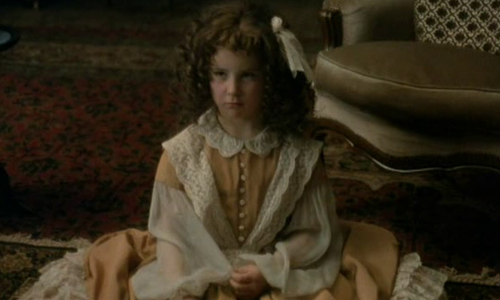 Back in reality, an orphaned teenager, also called Emily (Leonie Mellinger), is delivered into D’s care. When Emily falls for the enigmatic Gerald (Christopher Guard), a young man determined to create order out of chaos by bringing together all of the neighbourhood’s orphans, D questions her place in this anarchic world and the one beyond her walls… 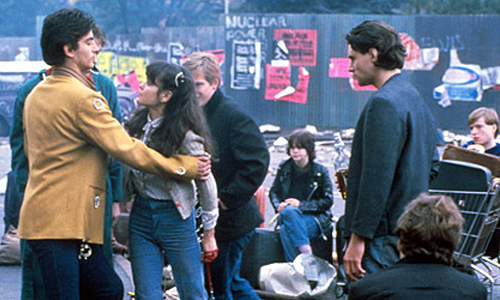 Julie Christie gives a haunting turn as a futuristic Alice venturing through her ‘looking glass’ when discovers a Victorian world on the other side of her walls. This mythical dimension is at the heart of Lessing’s novel, an ‘inner space’ piece of fiction, which uses the two time frames to ‘dissolve walls that imprison women within a sexist reality’.

Christie’s D remains an observer throughout the dystopian drama, and says very little as the story unfolds, focusing mainly on the teenage Emily, who is torn between being an independent woman and becoming subservient to Gerald’s sexual needs and his new patriarchal world order.

David Gladwell is best known as the editor of Lindsay Anderson’s If…. (1968) and O Lucky Man! (1973), and he takes a decent stab at tackling Lessing’s major themes here, but they struggle against his surreal imagery, that speaks more about class and socialism than feminism. There’s even an homage to If…. in one scene, in which the orphans take supper on long tables laid out in similar fashion to the public school dining hall in Anderson’s surreal satire.

Despite some suitably arresting visuals, lensed by veteran cinematographer Walter Lassally (a well-dressed elderly couple clambering out of their burnt out terrace house to head out for dinner, a posh family waiting for their helicopter to take them away from the devastation), they don’t match Gladwell’s ambitions, while a lack of realism hangs over the film (a real estate in Norfolk standing in for London), that also suffers from an annoying synth score.

The streets scenes are overly choreographed and everyone behaves ever so nicely, which – for anyone who witnessed the London riots in 2011 – makes these look like a neighbourhood fete. The feral children are also anything but menacing. In fact, I suspected they were plucked out of the Anna Scher acting school even before I saw the end credits. However, despite these misgivings, its Christie’s sutbtle character study that really makes this film worth checking out.

THE UK DVD RELEASE
Memoirs of a Survivor is presented as part of Network Distributing’s The British Film collection in a new transfer from the original film elements in its as-exhibited theatrical 1.85:1 aspect ratio, with mono sound. Region 2/PAL encoded. An image gallery and original trailer are also included.

← Orphan (2009) | This seriously twisted Bad Seed would give even Supernanny nightmares
Absentia (2011) | Just what is the evil lurking beneath the streets in this unsettling indie horror? →