← Beyond the Valley of the Dolls (1970) | Freak me out! Russ Meyer’s demented cult camp classic is unleashed on Blu-ray
Who Killed Teddy Bear? (1965) | Sal Mineo gets his killer groove on in a shocking, sleazy crime thriller oddity →

From the Master of Suspense comes the classic 1962 series The Alfred Hitchcock Hour available on DVD for the first time in the UK, featuring all 93 stories in an eight-disc box-set, from Fabulous Films.

Voted one of the 100 best TV shows of all time, the series – which aired three months after the final episode of Alfred Hitchcock Presents – drew its thrilling 50-minute mystery tales from the likes of Ray Bradbury, Richard Matheson, Harlan Ellison, Robert Bloch, Celia Fremlin, Ellis Peters, James Bridges and Margaret Millar, and boasted a stunning line-up of guest stars including Tinseltown veterans Gloria Swanson, Ray Milland and Elsa Lanchester, Hollywood heavyweights Robert Redford, James Caan and Peter Fonda, screen sirens Jayne Mansfield and Diana Dors, and a host TV legends, including Leslie Nielsen, Telly Savalas and Roddy McDowall – even Christopher Lee pops up in the sinister season two tale, The Sign of Satan. It also gave future big-screen movie directors William Friedkin (The Exorcist) and Sydney Pollack (Out of Africa) their first breaks in the business, while Hitchcock would helm just one story, I Saw The Whole Thing. 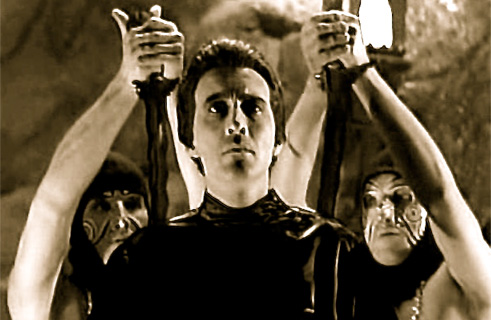 Running over three seasons (and ending 10 May 1965), the show featured Hitchcock’s trademark droll and outrageous introductions and signoffs that often included jibes at the expense of the sponsors. As the great man reflected at the time, ‘My guess is that my sponsor enjoys my lack of obsequiousness, but in the beginning they had difficulty in getting used to my approach and they took umbrage at my less worshipful remarks. However, the moment they became aware of the commercial effects of my belittling – they took a look at their sales charts – they stopped questioning the propriety of my cracks.’

← Beyond the Valley of the Dolls (1970) | Freak me out! Russ Meyer’s demented cult camp classic is unleashed on Blu-ray
Who Killed Teddy Bear? (1965) | Sal Mineo gets his killer groove on in a shocking, sleazy crime thriller oddity →