← The Dark Heart of Cinema – FrightFest Guide to Exploitation | Pick up your copy at this weekend
Frank (2014) | Music, madness and a giant papier-mâché head collide in the oddball, anarchic comedy drama → 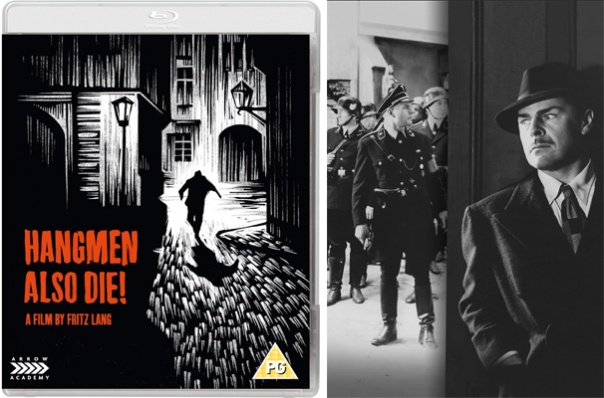 At the height of the Nazi occupation of Czechoslovakia, four German exiles in Hollywood – director Fritz Lang, playwright Bertolt Brecht (earning his only US credit here as Bert Brecht), composer Hanns Eisler and actor Hans Heinrich von Twardowski – pooled their efforts into Hangmen Also Die!, an important historical film from 1943 about the Czech resistance, which gets a 2k restoration release from Arrow in the UK from 29 August.

Taking as its starting point, the assassination of the real-life Nazi ‘Reich-Protector’ of Czechoslovakia, Reinhard Heydrich (Twardowski), Lang’s studio-bound suspenser sees an act of kindness by the courageous Marsha (Anna Lee) – hiding the culprit (a deadpan Brian Donlevy) from the Gestapo – result in her professor father (Walter Brennan) and 400 Czech compatriots facing execution unless Donlevy’s resistance fighter is turned over…

Shot in atmospheric black and white by the legendary James Wong Howe, and featuring a Oscar-nominated score from Eisler, Lang’s anti-Nazi gift to wartime American cinemagoers is a masterful blend of war picture, film noir and political thriller. It may loose points for its overly melodramatic Hollywood treatment of the story (all the non-Nazi’s have American accents and Twardowski’s Heydrich comes off like Colonel Klink in Hogan’s Heroes), but its revolutionary spirit shines through.

Eagle-eyed cinephiles can watch out for Dracula‘s Dwight Frye as one of the hostages (it was his last film role before a heart attack cut short his life aged 44 in 1943), and hear the unmistakable growl of Cul-de-sac‘s Lionel Stander as the getaway driver. 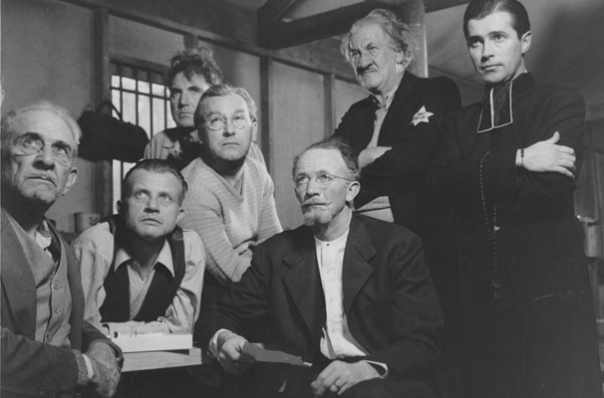 The Arrow release features a 2012 2k restored print by Pinewood from the Cohen Film Collection, and includes an audio commentary by film historian Richard Peña, along with an interview with author Robert Gerwarth on Reinhard Heydrich, plus newsreel footage, restoration comparison anda trailer. The first pressing of this release comes with a collector’s booklet.

A must-have for fans of Fritz Lang fans and lovers of wartime cinema.

← The Dark Heart of Cinema – FrightFest Guide to Exploitation | Pick up your copy at this weekend
Frank (2014) | Music, madness and a giant papier-mâché head collide in the oddball, anarchic comedy drama →