While I already have Arrow’s previous Blu-ray of Dario Argento’s 1971 giallo Cat o’Nine Tales (aka il gatto nove code), I couldn’t resist upgrading to this 4K restoration, which also includes newly translated English subtitles for the Italian soundtrack. Now all I need is a 4k smart TV and Blu-ray player to see it properly. But having looked at it on my current HD system, it looks and sounds terrific.

As for the extras, well they are all brand-new with none crossing over from the previous Arrow release. Here’s the low-down… 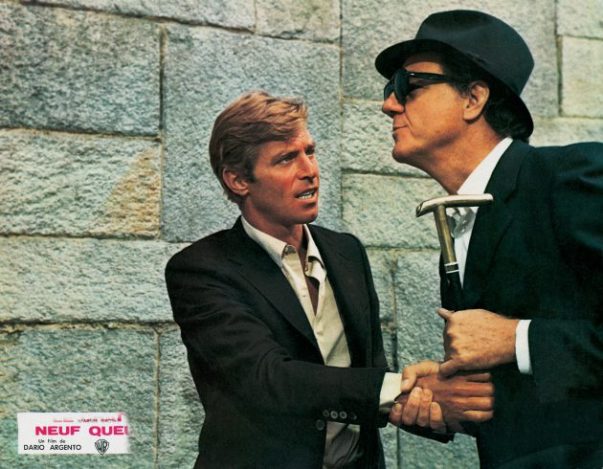 First up is the audio commentary from Alan Jones and Kim Newman. Jones, of course, is Argento’s number one fan who has become a close friend and written the definitive book(s) on the director, while Newman’s comprehensive film knowledge is truly enviable.

It’s fun and very insightful (film nerds like me will lap up the trivia, especially those related to the Turin film locations); and you’ll see Catherine Spaak’s costumes in a whole different light after listening to Jones views on Luca Sabetelli’s outré surreal outfits. 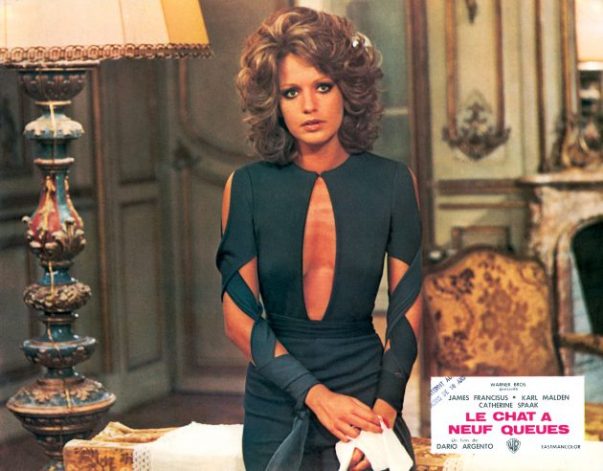 As for the featurettes, Nine Lives, comprises an exclusive 2017 interview with Dario Argento, who confirms Jones’ comments that the film was the least favourite of his canon, as he felt it ‘too American’.

The Writer o’ Many Tails has screenwriter Dardano Sacchetti discuss his career (over 34 minutes) which included an infamous row between him and Argento over the credit for the screenplay.

Child Star is another Arrow exclusive, an interview with the film’s Cinzia De Carolis, who played Karl Malden’s niece Lori and is today a well-respected voice dubber.

Being a huge fan of film locations, Giallo In Turin was the one that I watched first. Disappointingly, we don’t get the guided tour that I had imagined, instead production manager Angelo Iacono discusses his first meeting with Argento, before recalling his memories of the cast and crew.

A huge bonus is the inclusion of the Original Ending, in which the fates of Anna (Spaak) and Lori (De Carolis) are revealed. But wait! As the footage is now lost, we only get a visual storyboard alongside the English version of the last couple of pages of the script. But the money shot is a single German lobby card containing an actual still of the final scene. Yeah!

Now, as I have the rare movie tie-in novelisation (one of only two written by Paul J Gillette – the other was Play Misty for Me), I had hoped it would contain this version. Unfortunately, it deviates totally from both the original ending and the final cut ending.