← The Case of the Bloody Iris (1972) | The cult giallo slices its way onto DVD and Blu-ray
When a Stranger Calls (1979) | Have you checked the children! – The genuinely terrifying cult chiller on Blu-ray →

Troubled fashion model Alison Parker (Nashville‘s Cristina Raines), with a history of suicidal tendencies, rents an apartment in an old Brooklyn brownstone, where a mute blind priest, Father Halliran (John Carradine), sits all day and night beside an upstairs window.

After meeting the other tenants, including the overly-friendly Charles Chazen (Burgess Meredith) and Bohemian lesbian couple, Gerde (Sylvia Miles) and Sandra (Beverly D’Angelo), Alison begins having bouts of insomnia caused by strange late-night sounds coming from the apartment above hers and terrible dreams about murdering her recently deceased father.

But when she complains to her real-estate agent, Miss Logan (Ava Gardner) about the noises, Alison learns that there are no neighbours in the property except herself and the priest. Oh dear!

Worried that she might be loosing her mind, Alison turns to her lawyer boyfriend Michael (Chris Sarandon) for help, and then sets out to investigate on her own. Digging through the building’s past, she is shocked to learn that it guards the gates to Hell and that she has been chosen by a secret group of Catholic priests to be the next sentinel… 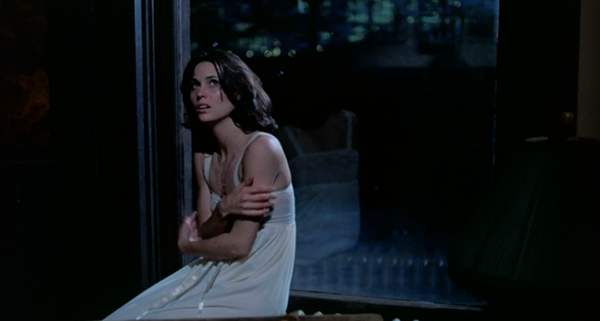 Riding the satanic horror wave of the Seventies, The Sentinel is based on the 1974 novel of the same name by Jeffrey Konvitz, who adapted it for the screen and acted as producer alongside director Michael Winner.

Damned by critics on its release as being ‘grubby and grotesque’, Winner’s only attempt at the horror genre is certainly not up to par with the likes of Rosemary’s Baby, The Exorcist and The Omen, but its perversely entertaining with some unsettling set pieces, cheesy dialogue and noteworthy performances from its A-list cast. Plus, the special effects and Gille Mellé score are a winning combo, along with the 1970s stylings and New York City locations.

Burgess Meredith, who scored a Oscar nod for his stand-out turn in Rocky the previous year, really goes to town as one of the damned inhabitants, as does Eli Wallach as a shouty detective, whose sidekick is a young Christopher Walken. And among the other familiar faces are José Ferrer, Martin Balsam, Arthur Kennedy, Deborah Raffin and Jeff Goldblum. 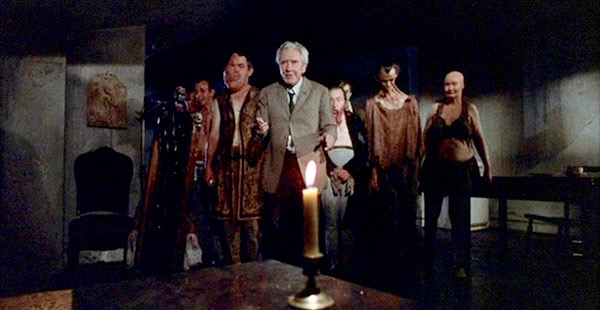 The shocks are few, but genuinely frightening: especially Alison fighting off her naked rotting dead dad, the lesbian couple having a cannibalistic late night supper, and the hellish finale in which Winner ‘exploitatively’ uses real people with physical deformities to play the demonic creatures trying to prevent Alison from fulfilling her destiny. But for me, the really gross-out scene is when Beverly D’Angelo pleasures herself in front of an embarrassed Alison.

The Final Cut Entertainment Region 2 DVD (released on 23 November 2018) features an OK print of the film, but no extras. 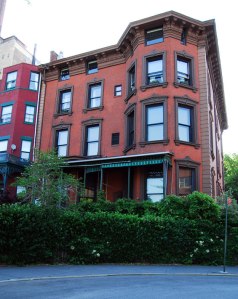 DID YOU KNOW?
Alison’s Brooklyn brownstone was never knocked down as seen in the closing scenes of the film. It is in fact one of the grandest mansions in Brooklyn Heights, and is located at 10 Montague Terrace.

Nestled in a quiet corner right off the Promenade that runs between Brooklyn Bridge and Atlantic Avenue, the historic 1900 building is distinctive for its dramatic facade, magnificently detailed mahogany woodwork and other original details throughout.

Today, it has been renovated into a number of luxury apartments. One went for around $1.15m in April this year, while another was on offer for $1.8m.

← The Case of the Bloody Iris (1972) | The cult giallo slices its way onto DVD and Blu-ray
When a Stranger Calls (1979) | Have you checked the children! – The genuinely terrifying cult chiller on Blu-ray →