Here are my final musings…

THE WRETCHED
An ancient evil wood spirit (Madelynn Stuenkel) inveigles her way into the home of Goth mum of two Abbie (Zarah Mahler) and her hubby Ty (Kevin Bigley), and gradually makes them forget – everything (beginning with their children). Struggling with his parent’s separation, Ben (John-Paul Howard), is spending his school break working for his harbour-master dad Liam, (Jamison Jones) when he realises something is just not quite right with the next-door neighbours. Exploring their basement, Ben’s worst fears and more are proven to be true. But will anyone believe him?

Back in 2011, brothers Brett and Drew Pierce brought their anarchic zombie adventure Deadheads to FrightFest, and they were back this year (with their dad in tow — he was such a great guy BTW) with this gripping occult chiller which pays homage to Rear Window, Fright Night, Stephen King’s IT and even Jaws, while also giving us horror fans a brand-new creature with its own mythology – a woodland skinwalker witch that devours children.

It’s a slow burner, that’s heavy on the family dynamics in the first half, but when Ben’s new friend Mallory (Piper Curda) puts herself in terrible danger, everything kicks off. Featuring terrific performances, great visual touches (like plants dying whenever the witch is close by, and the labyrinthine tree) and a musical score that uses lots of folk instruments while also channelling Bernard Herrmann (another Hitchcock reference), this is a clever creepy horror ride you’ll not want want to get off. 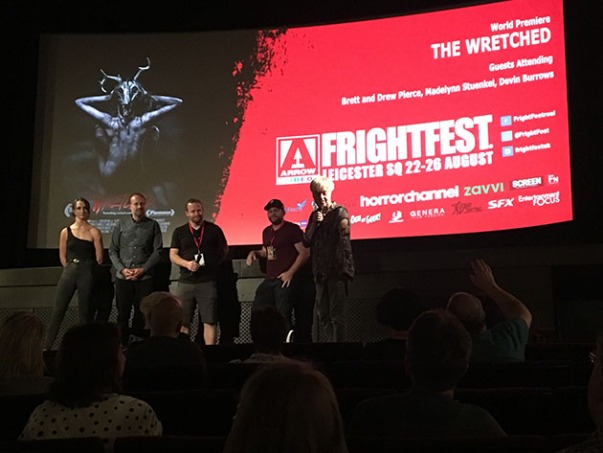 Unfortunately, its also going to be the show’s last day as new network VP Andy (Daniel Fox) is pulling the plug — which means producer Rebecca (Sara Canning), assistant Paige (Naledi Majola) and co-star Stevie (Richard White) are all about to lose their jobs, while the robotic Splits (Bingo, Fleegle, Drooper and Snorky) will be sent to the network’s theme park division. But when their new upgrade is corrupted, the Splits decide the show must go on – and no-one is going to stop them…

This horror thriller is directed by Danishka Esterhazy, a graduate of the same Winnipeg film collective that produced that master of the surreal and the offbeat, Guy Maddin – but don’t expect the same here. Yes, its a lot of fun, with some spot-on characterisations that comment on fame (like the pushy stage dad and the Instagram influencer with only 218 followers), great performances (especially Maria Nash – who steals as Harley’s no-nonsense friend Zoe) and loads of witty one-liners (like ‘Can I quit acting class, now?’), but while I thoroughly enjoyed watching it with an audience, looking back, I felt there was a missed opportunity to be more satirical and subversive, and more interesting visually (it all takes place in the darkened corridors of a studio). I wanted Killer Klowns from Outer Space meets Westworld (the TV series) — instead with we get a dark(ish) version of the Scooby-Doo movies.

Even though there were some inventive ‘kill’ scenes, they are not played to maximum effect, and the robotic Splits lacked any personality — except Snorky, who is portrayed as an outsider on the spectrum, just like his No.1 fan, Harley. The only scene where the film does rises to the occasion is when the Splits give the show’s obstacle course a Grand Guignol makeover and force their captive audience (all kids screaming their heads off) to watch scenes of burnings and dismemberment. Was it inspired by Vincent Price’s murderous theatrical satire, Theatre of Blood? Probably not! But it should have taken note. Great free tee-shirt though.

RABID
Rose (Laura Vandervoort) wants to make in the world of fashion, but a terrible accident leaves her scarred beyond recognition. Undergoing radical regenerative stem cell treatment at a celeb fave research facility run by Dr William Burroughs, the former wallflower’s surgery is a total success and starts to realise her ambitions. But everything in life comes at a price and she unwittingly sets off a bloody spiral of contagion…

‘We are creators and editors of our own reality’
Aside from The Banana Splits movie, this remake of David Cronenberg’s 1977 body horror cult classic from Jen and Sylvia Soska Sisters, was the one I was most looking forward to – and I must say, it’s brilliant in every way – with kudos going to Vandervoort for giving such a genuinely affecting portrayal of the everywoman Rose (someone please give her an award).

The Soska’s horror thriller says a lot about body image, fame and the fashion industry – Rose’s boss Gunter (a Karl Lagerfield meets Ben Stiller’s Zoolander type) has decided his latest line will be called ‘Schadenfreude’ – German for ‘a pleasure derived by someone from another person’s misfortune’. And there are loads of nods to Cronenberg – from Stephen McHattie’s cameo as Dr Keloid (the name of the clinic in the original), Ted Atherton’s Dr William Burroughs (a nod of Naked Lunch) and the red clerical-inspired scrubs worn during the surgery scenes (a la The Brood).

The production design borrows from the fashion aesthetic of Jean-Paul Gaultier and Alexander McQueen, which really suits and there are loads of twists and turns that are really unexpected. 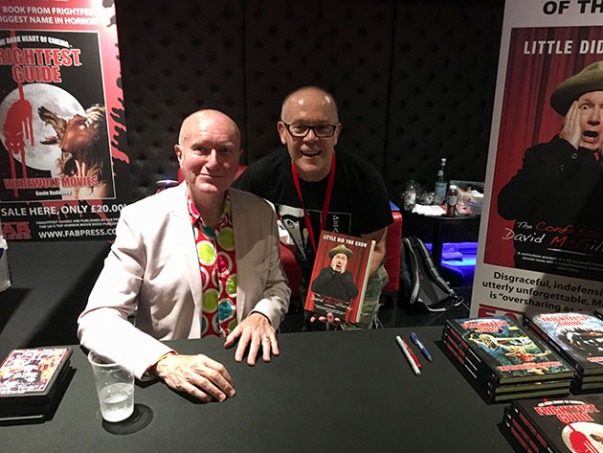 Posted on August 27, 2019, in Horror and tagged Arrow Video, Frightfest 2019, Rabid, THE BANANA SPLITS, The Pierce Brothers, The Soska sisters, THE WRETCHED. Bookmark the permalink. Leave a comment.