It’s the year 2118, and the world is divided between the West (well the US of A) and Sino-Asia. While on a mission into enemy territory to make contact with fellow operative Gregory Gallea (Monte Markham), American spy Hagen Arnold (Christopher George) discovers that the West will be destroyed in 14 days.

Hagen successfully escapes his captor, Sen Chiu (Keye Luke), but has a complete loss of memory following a plane crash. With the countdown on, a team of scientists headed by Dr Crowther (Henry Jones) and Dr Verity (Lee Delano), use a holographic memory reading device and an elaborate historical re-enactment to try and retrieve vital information from Hagen’s mind. But can they uncover the truth before its too late?

Project X is an intriguing piece of late-1960s espionage-sci-fi from producer-director William Castle, and one of the last films from the great showman who gave us the classic gimmick chillers, House on Haunted Hill and The Tingler. Unfortunately, Castle just doesn’t chime with the times here – though he does give it his best shot.

The splendidly gaudy Technicolor photography (by Harold Stine who went on to lens The Poseidon Adventure), production design (by Hal Perriraa nd Walter H Tyler, who won Oscars for The Rose Tattoo and Samson and Delilah), costumes and sets all look like they came out of an Irwin Allen TV sci-fi (think The Time Tunnel meets Lost in Space); and the story itself (as intricate and twisty as it is) feels like a feature-length Outer Limits episode. Even the cast and production crew are all drawn from TV land.

The film’s big star is Christopher George (who I grew up watching as TV’s The Immortal, then in Grizzly and Day of the Animals, and then in some Italian exploitation movies before his early death aged 52 in 1983), but Henry Jones steals every scene. For me, he will always be Dr Smith’s nefarious long-lost cousin Jeremiah in Lost in Space, but he’s a right little rascal here.

He’s not the only TV character actor to crop up in this mixed-bag, there’s also Harold Gould and Lee Delano (who were constant fixtures on prime-time TV shows in the 1970s and 1980s), and the legendary Keye Luke  – but who the hell is Greta Baldwin, who plays Hagen’s love-interest? She only has three credits to her name and she’s rather bland here, plus the romantic story side-plot rather detracts from the ‘action’. 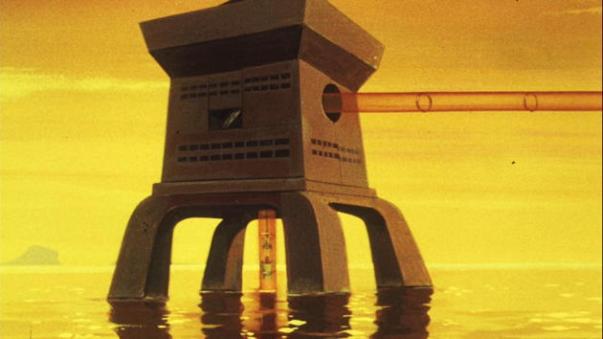 Then there’s the animated sequences created by Hanna-Barbera. They look fantastic, but they jar somewhat against the live action sequences (which includes a sequence lifted from a Jonny Quest episode). If Castle had done the whole thing as a cartoon (and a spoof), maybe it could have worked better (and become the Archer or The Venture Bros. of its day). But the end result is more Cyborg 2087 than Planet of the Apes, which came out one month before Project X.

While promoted as a sci-fi, it’s actually an old-fashioned espionage adventure dressed as sci-fi (with some social commentary shoehorned in). Van Cleave’s music score is also more spy film than sci-fi – but I loved it, especially the opening title theme and the ‘organ’. 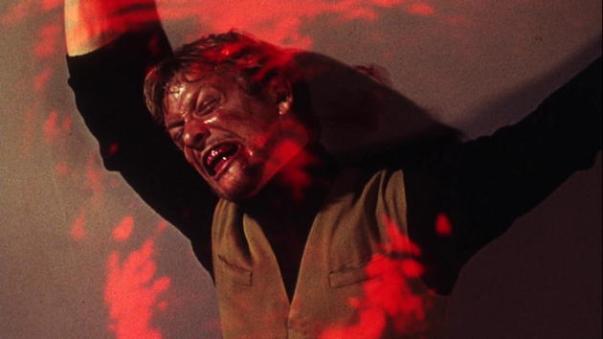 Now, I actually enjoyed the film more by listening to the audio commentary, in which Allan and David discuss the film’s cast, crew and production, but also pay homage to Castle’s final directorial effort, the poetic tragic comedy horror Shanks (starring mime legend Marcel Marceau) and his last production, the superior eco-horror Bug (now these are two Castle films that so deserve a proper restoration release). Allan, of course, gets to mention his favourite film  (can you guess what it is?) and David has a great story about getting drunk while watching House on Haunted Hill (with Emergo – which I believe is pronounced – ’emerge-o’ BTW).