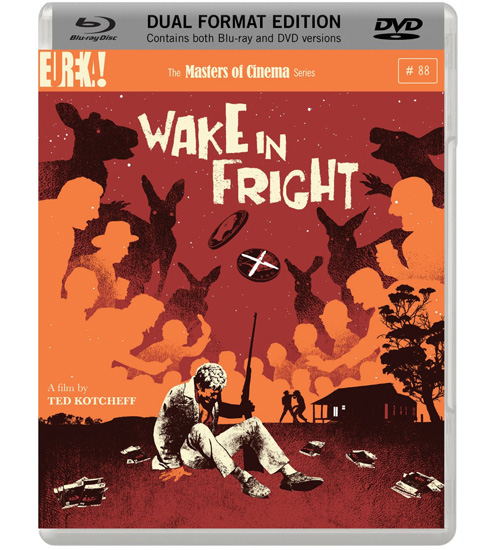 NEW TO THE YABBA?
Stuck in a government-enforced teaching post in the stifling heat of the remote outback town of Tiboonda, cynical city schoolteacher John Grant (Gary Bond) heads off on his six-week Christmas break to Sydney.

But while stopping off in the mining town of Bundanyabba, he downs a couple of free beers courtesy of a cocksure cop (Chips Rafferty) and heads into the two-up ring hoping to win his way back to ‘civilisation’ and his girlfriend.

But when this one bad decision leads to another, ‘the Yabba’ quickly turns into a nightmarish hellhole for John, whose booze-fuelled weekend bender with the locals rapidly descends into violence and degradation. 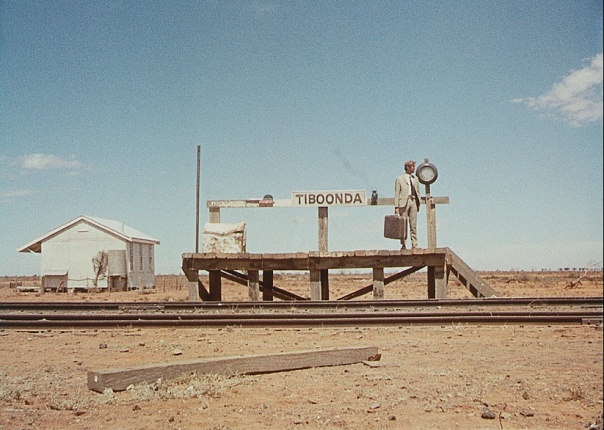 HAVE DRINK, MATE? HAVE A FIGHT, MATE?
Wake in Fright is adapted from Kenneth Cook’s ‘magnificent rough-and-tumble of a first novel’, which explores ‘the gargantuan flavour of the Australian outback, its sick heat and its people’. ‘Like quicksand their animal customs, their animal women, their perverts and their stupendous, overpowering hospitality drag innocent, city-bred John Grant down to his ruin – and beyond.’ (*)

Though little seen prior to its restoration (which was only made possible after a painstaking search for the missing negative), the 1971 drama based on Cook’s novel has achieved cult status for both its cinematic brilliance and its huge influence on both the Australian 1970s New Wave and the Ozploitation cycle that followed in its wake. 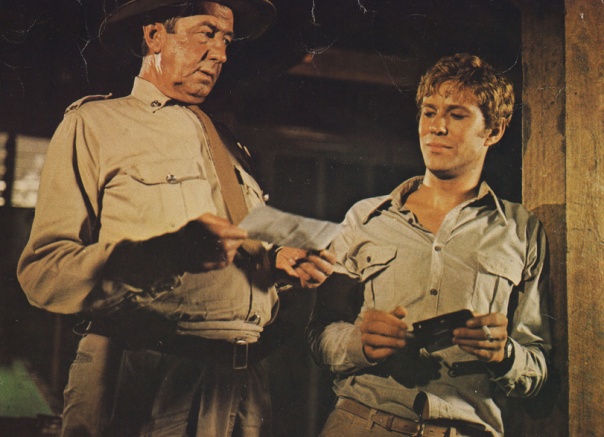 Canadian director Ted Kotcheff’s unflinching film makes stunning visual and dramatic use of the scorching Australian outback and features some truly nightmarish characters played by Chips Rafferty (in his last role), Jack Thompson (in his first) and Donald Pleasence (in his lifetime best).

Nominated for the Palme d’Or in 1971 and selected again for Cannes Classics in 2009 following its digital restoration, Wake in Fright has garnered legions of fans, including director Martin Scorsese and Austalian muso extraordinaire Nick Cave, who calls it the ‘best and most terrifying film about Australia ever made’. 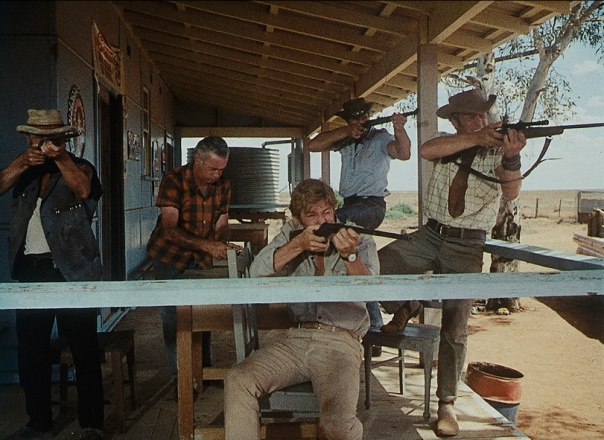 HAVE SOME DUST AND SWEAT, MATE?
On the surface, it’s about a Sydney bloke who gets pissed in a country town, loses his money gambling, drinks some more, throws up while having sex, goes roo shooting [the real-life scenes of animal slaughter made the film notorious both home and abroad], downs more booze, passes out, then gets the shock of his life when he wakes up next to a naked sweaty old drunk (Pleasence) in a baking hot tin shack in the middle of nowhere.

But beneath the blood, sweat and grime of Kotcheff’s testosterone and alcohol-fuelled drama there’s biting satirical comment on some cherished Aussie customs like mateship (which is, afterall, the foundation of the Australian character) and the drinking culture that goes with it; and the majesty of the Australian bush (paying particular attention to the yawning chasm that existed between city and country folk in the 1970s). 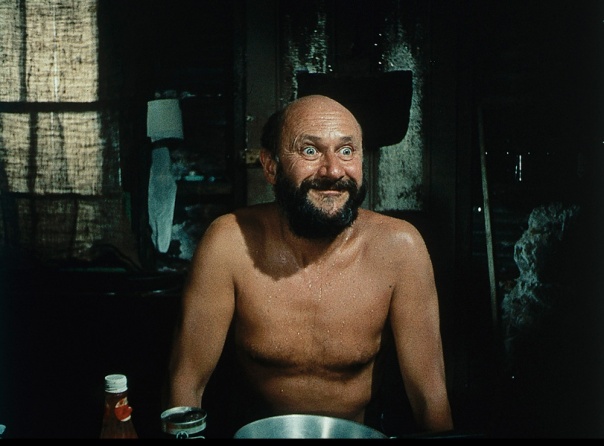 THERE’S NOTHING ELSE OUT THERE
Having myself been brought up in country Australia, and educated in the city, I can understand John’s resentment at being marooned in a cultural desert wasteland. But I also believe he deserves to be reduced to ‘a soiled miserable creature, stinking to high heaven, left with just seven pence, a rifle and no ammunition’. It’s his penance for daring to think himself better than his fellow man, which echoes another Australian phenomenon, the Tall Poppy Syndrome.

Much could be written about Wake in Fright’s brutal dissection of Aussie mores and masculinity and at how a non-Australian like Kotcheff (the Canadian would go on to direct the Sylvester Stallone cult action favourite First Blood) was able to prefectly capture Cook’s rugged prose in celluloid. Hopefully, now that the film has been saved and restored, this kind of discussion and debate can begin anew.

Heads, you’ll find yourself carried along this sun-baked existential journey into the Australian outback’s heart of darkness. Tails, you’ll be left shocked, provoked and very parched indeed. Hands down this is one of Australia’s true cinematic gems. 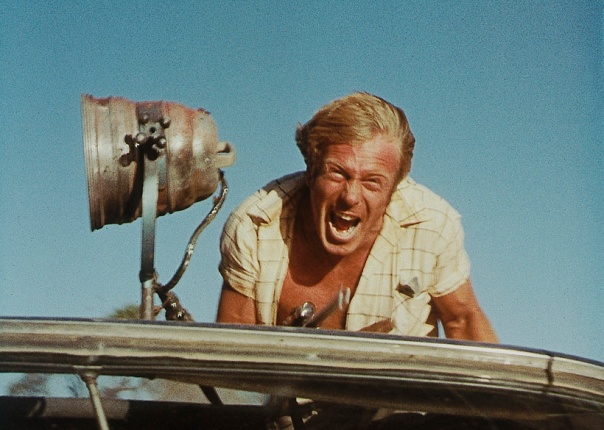 THE UK DUAL FORMAT RELEASE
The new digital restoration, which gets its UK dual format (Blu-ray/DVD) release from Eureka Entertainment‘s Masters of Cinema Series from 31 March 2014, does full justice to this forgotten film and is a crucial addition to your cult world cinema film library.