If you’re already familiar with the outré  cinema of Alejandro Jodorowsky, then you’re going to have a whole lot of fun spotting the real-life influences on his 1989 surreal horror Santa Sangre in this exuberant follow-up to his 2013 auto-biopic The Dance of Reality. 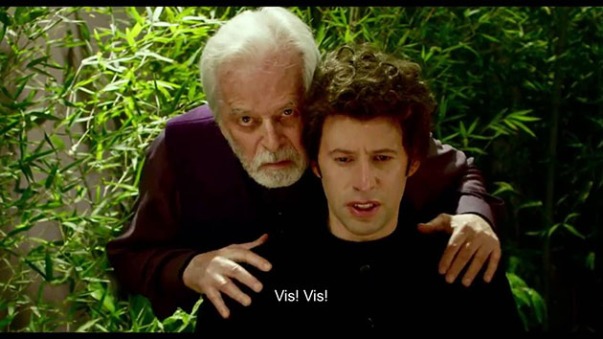 In 1940’s Santiago, alienated youngster Alejandro (Jeremias Herskovits) has an epiphany that his destiny is to become a poet. When he finally rebels against his ultra conservative father, Alejandro (now played by the director’s real-life son, Adan) moves in with a group of young anti-establishment artists, where he turns his hand to puppetry and clowning. Immersing himself in this carefree creative world, Alejandro’s metamorphosis leads him to discover an inner truth: that every path in life (both good or bad) is meant to be lived…

This is one Jodorowsky’s most personal films, where he strips away layers of ego to lay bare his inner self – and, in doing so, reveals up his influences for Santa Sangre. It’s also very much a family affair (both on and off-screen), for at the heart of his second auto-biopic is the troubled relationship that the director’s twentysomething self had with his father Jaime (played by another of Alejandro’s sons, Brontis).

Jodorowsky’s portrayal of Jaime is very much like the character of Orgo in Santa Sangre, which centred on the circus performer’s unstable son Fenix (who were played by brothers Adan and Axel) enacting revenge in the guise of his dead mother.

Watch carefully and you’ll spot a man with missing arms appearing in Endless Poetry. This is another reference to the director’s brilliant surreal horror in which Fenix’s mother Conchita has her arms cut off by Orgo after pouring acid on his testicles. Two other characters also appear – the Tattoo Lady (in the form of Alejandro’s red-headed muse) and the tutu-wearing Alma (as a dance-obsessed member of the art collective). 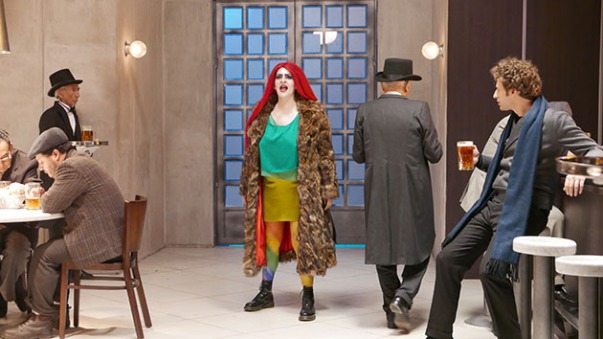 In Jodorowsky’s universe symbolism is everything, and here he weaves a visually-rich tapestry in which every image is a metaphor or signifier linked to the Tarot’s cycle of birth, death and renewal. Some images are quite strong – almost too much so, like the sex scene involving a dwarf having her period – but in Jodorowsky’s hand, these images become transformative rather than for shock value.

Others – like the incredible Day of the Dead carnival sequence – are just pure exalted joy. United these stunning images bring to visceral life the chaotic paths that we must all take to seek out our own inner truth, self enlightenment and life’s ‘endless’ poetry, which only Jodorowsky can get away with describing as ‘the luminous excrement of a toad that swallowed a firefly’ and make it sound truly beautiful.