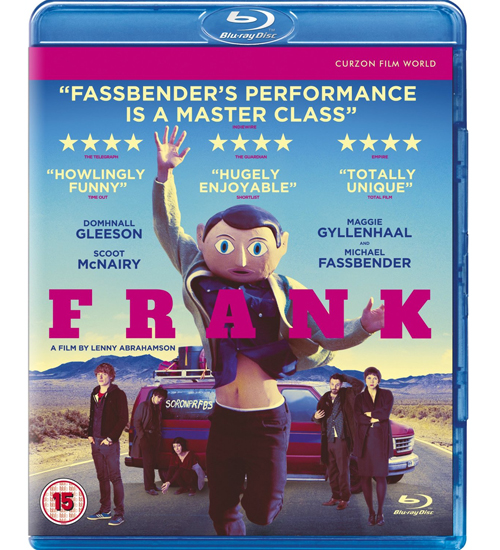 With the offbeat comedy drama premiering on Film4 today at 10.40pm, here’s my take on Frank…

Recruited as a replacement keyboard player, Jon struggles to connect with the other band members, especially distrusting Theremin-player Clara (Maggie Gyllenhaal), but ends up using his inheritance to produce the band’s latest concept album. While cooped up in a log cabin on a remote island, the social media savvy Jon posts videos on the internet and ends up scoring the band a big gig at the South by Southwest festival in Texas. When a disastrous warm-up gig causes the band to fall out, Jon manages to convince Frank to take to the stage as a duo. But is he doing it for Frank, or himself? 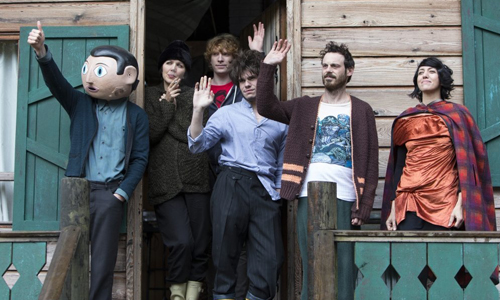 Will it push you to your furthest corners?
It’s not often I come across a film that really connects on a personal level, but comedy drama, Frank, from Irish director Lenny Abrahamson really hit home. Loosely inspired by the cult figure of Frank Sidebottom (aka the late Mancunian singer-comedian Chris Sieves), in whose Oh Blimey Big Band one of the writers, Jon Ronson, played keyboards in the 1980s, the film also adds elements of notorious rock legend Captain Beefheart and schizophrenic Texan singer/songwriter Daniel Johnston, but sets the action in contemporary Ireland.

Michael Fassbender gives a nuanced performance as the titular outsider artist, whose absurd headgear hides a fragile soul which Domhnall Gleeson’s callow fan boy Jon ends up shattering (its their journey that’s at the heart of the film). And Maggie Gyllenhaal is a real standout as Clara. She’s like a female Syd Barrett, whose permanent scowl actually hides a deep love for Frank. 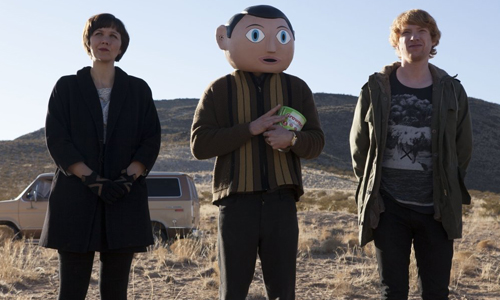 The film’s first half is a crazy road-movie-styled delight (the opening titles span a very post-modern 10 minutes btw) and I found myself helplessly drawn into Jon’s bromance with Frank, while his onscreen tweets are #hilarious (but you’ll never make them out if watch the film on a mobile). But when the comedy gives way to more serious matters (and the truth about Frank is revealed), the film’s fun factor comes to a screeching halt. While those introspective scenes put a dampener on the oddball adventure, the home truths that are revealed are food for thought – especially on the nature of the artist versus the cult of celebrity, maximising our online presence, and mental illness vs true genius. 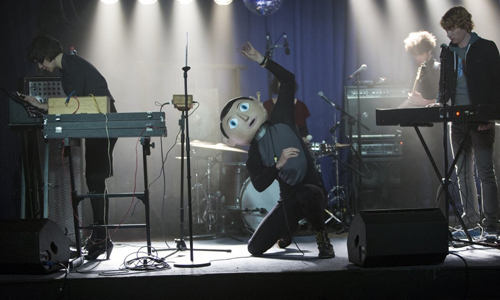 Also available from ArtificalEyeFilms on YouTube and BFI Player

The Frank soundtrack is released by Silva Screen, check it out here: http://www.soundtrack.net/album/frank/