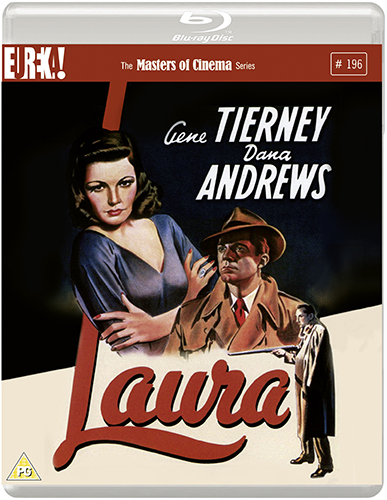 Director Otto Preminger’s Laura is one of the greatest and most essential film noirs of all time, and now the deliciously well-crafted murder mystery is heading to Blu-ray as part of Eureka Entertainment’s The Masters of Cinema Series from 14 January 2019. 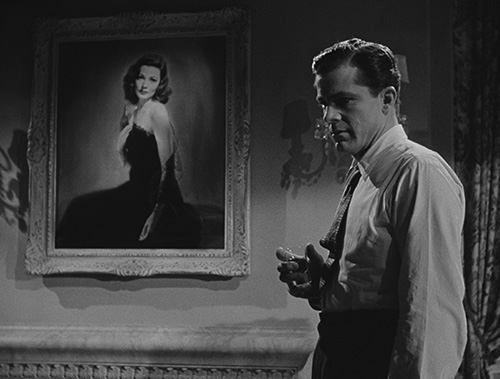 Police detective Mark McPherson (Dana Andrews) is drawn into Manhattan high society as he investigates the death of career girl Laura Hunt (Gene Tierney), apparently gunned down in her own apartment. The suspects are numerous, led by effete, snobbish columnist Waldo Lydecker (Clifton Webb), and Laura’s philandering fiancé Shelby (Vincent Price), who’s also been cavorting with Laura’s wealthy aunt (Judith Anderson). McPherson begins to fall in love with Laura through a portrait in her home and the memories relayed by those who knew her… just as it becomes apparent that even the basic facts of the case might not be what they seemed. 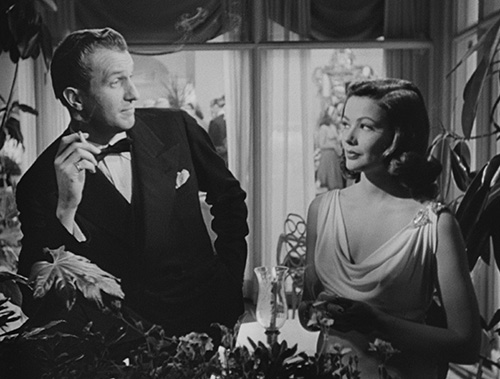 This 1944 murder mystery classic from director Otto Preminger (replacing Rouben Mamoulian) has grown in stature over the years, with its hypnotic mixture of doomed romantic obsession, dizzying intrigue, and fatalistic cynicism marking it as essential noir.

Peppered with eternally quotable dialogue (“I should be sincerely sorry to see my neighbours’ children devoured by wolves.”), sumptuous, Oscar-winning cinematography by Joseph LaShelle and David Raksin’s haunting theme music, Laura is an undeniable American masterpiece. 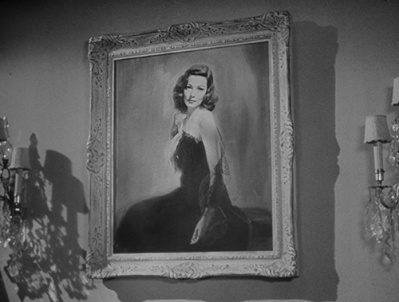 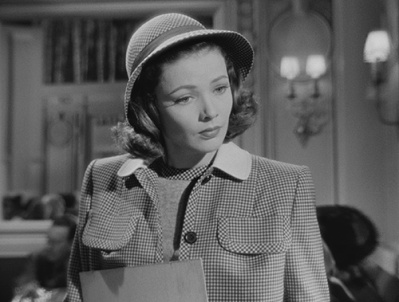 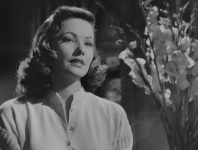 Available to order from: Amazon and Zavvi 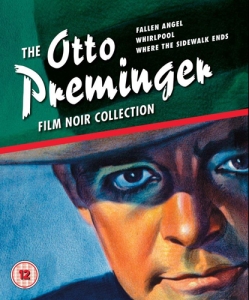 This essential collection brings together three of acclaimed director Otto Preminger’s greatest films for the first time on Blu-ray, delivering a unique combination of intrigue, moral ambiguity and stylish black and white photography, which truly defines this much loved film noir genre.

Whirlpool (1950) is a fascinating blend of noir and woman’s picture starring the beautiful Gene Tierney as a troubled socialite who falls prey to the machinations of a sinister hypnotist (José Ferrer).

Whilst in the down beat Where the Sidewalk Ends (1950) Dana Andrews again stars, as a tough cop whose brutal methods leave a trail of murder, deceit and cover-ups.

Special features include audio commentaries by film scholar and critic Adrian Martin and The Guardian Lecture: Otto Preminger interviewed by Joan Bakewell (1972, 80 mins, audio with stills), plus an illustrated booklet.

THE STORY
Wealthy hedonistic widower Raymond (David Niven) and his spoilt daughter Cécile (Jean Seberg) live a carefree summer existence in their villa on the Cote d’Azur until the arrival of Raymond’s old friend Anne (Deborah Kerr), whom he impulsively decides to marry. When the responsible Anne tries to rein in Cécile and her wild ways, the precocious adolescent plots to drive Anne away with tragic results…

THE LOWDOWN
This restoration breathes new life into director Otto Preminger’s adaptation of Françoise Sagan’s scandalous 1954 French novel. With its Hollywood pedigree and Riveria postcard setting shot in dazzling CinemaScope, you’d be forgiven in thinking it might be all style over substance, but in putting his faith in his discovery, Jean Seberg (who became the darling of the New Wave and gives a career best performance here), Preminger crafts a masterful father/daughter tragedy.

Seberg’s Cécile may have the face of an angel, but she is as rootless and callous a character as her playboy father (played by an athletic, tanned Niven with caddish perfection), and the terrible damage that she inflicts on his summer romance with Deborah Kerr’s sensible Anne is mesmerising to watch as it plays out to a shocking climax. Meanwhile, the film’s final scenes, set in a monochrome Paris, only highlights the incredible sadness (tristesse) that is rooted in both Cécile and Raymond. This cool and stylish golden-age masterpiece is definitely ripe for rediscovery.

THE RELEASE
Digitally restored by Sony Columbia’s Grover Crisp (who masterminded last year’s Lawrence of Arabia restoration), Bonjour Tristesse opens in the UK on 30 August at BFI Southbank and at selected cinemas nationwide.

THE VERDICT
A Must See, of course!