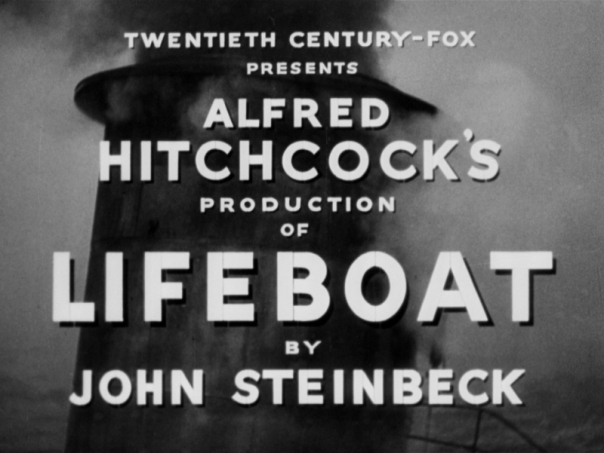 Alfred Hitchcock has long been regarded as the Master of Suspense, but he was also pretty good at propaganda judging from 1944’s Lifeboat, which was his direct response to the ongoing war in Europe.

Six men and three women – against the sea and each other
After their ship is torpedoed in the North Atlantic, a handful of survivors await rescue aboard a lifeboat. But when the captain of a downed German U-boat is pulled from the sea, the survivors fall out with each over his fate and the direction their boat should be heading.

Not many directors would dare to make an entire suspense film set on board a lifeboat, but Hitchcock, of course, does it masterfully. Thanks to his superb storyboarding skills, you quickly forget it’s all been shot in a Hollywood studio, while the performances of the terrific cast soon draw you into the unfolding drama. Tallulah Bankhead is just marvellous as a mink-coated journalist falling for the dubious charms of John Hodiak’s tough sailor, while Walter Slezak shines as the cagey German officer. But it’s William Bendix as the patriotic German-American suffering from gangrene who really brings a tear to the eye. 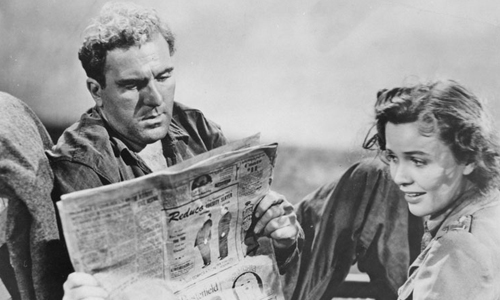 While Lifeboat is unashamedly wartime propaganda and its views are very much of the period (especially the racial stereotyping), it does ask profound questions about war that continue to resonate. Its Oscar-nominated cinematography, meanwhile, is superb – especially considering the staged conditions in which they were created.

In 2012, Lifeboat got a dual format release as part of Eureka Entertainment’s Masters of Cinema Series, featuring a new HD master of the film along with Hitchcock’s French language shorts, Bon voyage and Aventure malgache, which the director also made in 1944 to promote the cause of the French Resistance.

In the UK, Sky customers can watch Lifeboat via Sky On Demand and on Sky Movies (Sky 312/340, Virgin 412/442), with the next screening on Thursday 15 May at 4.25am. The film is also available to view on YouTube from Fox International.