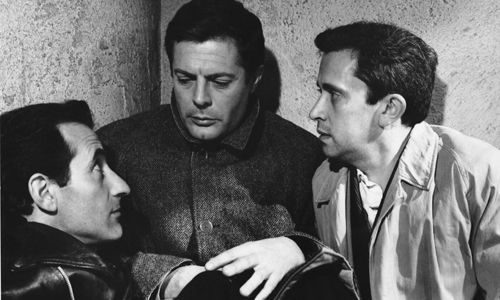 Best known for Investigation of a Citizen Above Suspicion and The Tenth Victim (read my review here), Elio Petri was one of the finest and yet most underrated Italian directors of the 1960s and 1970s. Highly acclaimed on its original UK release but unjustly neglected since, L’Assassino is a remarkably assured debut from one of the cinema’s sharpest chroniclers of Italian social and political realities; fusing a thriller, a favourite genre of Petri’s, with elements of a mystery plot with a Kafkaesque air, while also being an explicit critique of the rising upper-bourgeois society in Italy in the early 1960s.

Written for the screen by Tonino Guerra (who also did Antonioni’s Blow-Up, Fellini’s Amarcord and Tarkovsky’s Nostalghia); lensed by Woody Allen’s favourite cinematographer, Carlo Di Palma; edited by Fellini regular Ruggero Mastroianni; and with music by Piero Piccioni (whose compositions have recently been used in American Hustle and Silver Linings Playbook), L’Assassino is certainly ripe for rediscovery. 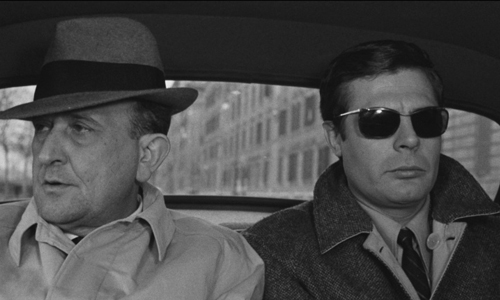 THE UK 2014 BLU-RAY/DVD RELEASE
Following a high-definition restoration by Cineteca di Bologna, this is the first-ever UK home entertainment release of L’Assassino and comes in a Blu-ray and DVD combo pack from Arrow Films’ Arrow Academy label.

Alongside the 2k digital presentation of the film, there’s also a host of special features on offer, including the 52-minute documentary, Tonino Guerra – A Poet in the Movies, about the acclaimed screenwriter; an introduction by Italian cinema expert Pasquale Iannone; theatrical trailer; collector’s booklet (featuring some informative new and vintage writings on the film); and newly commissioned artwork by Jay Shaw.