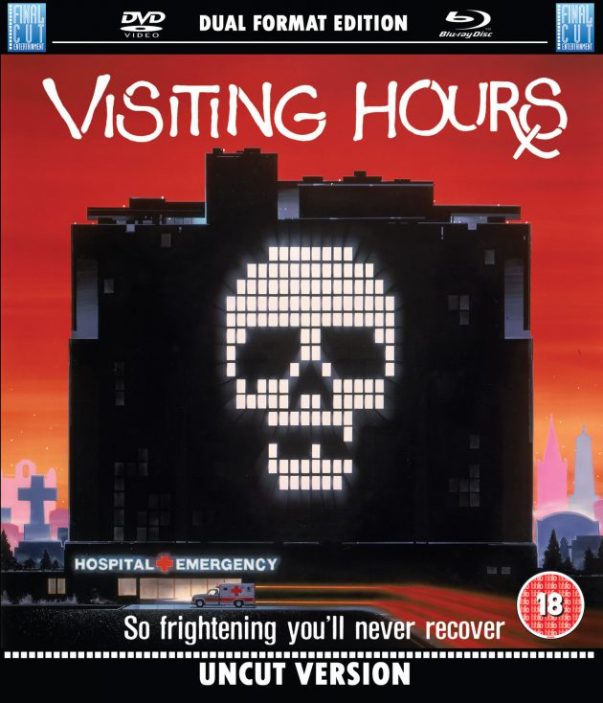 Michael Ironside (who made an explosive hit in David Cronenberg’s Scanners the year before) gives a genuinely unsettling performance as Colt Hawker, a closeted homicidal psycho who enjoys photographing his victims as he stabs them to death.

Bearing a deep-seated hatred of women (his mother disfigured his abusive father with boiling oil when he was a small child), he’s incensed when TV journalist and women’s rights crusader Deborah Ballin (Damien: Omen II’s Lee Grant) voices her views on TV over a murder case in which a battered woman claimed justifiable defence against her abusive husband.

Following Deborah home, Colt brutally attacks her – but she survives, and ends up being admitted to a local hospital to recuperate. But that doesn’t stop Colt from gaining access to the hospital, where he begins his killing spree in his bid to corner and kill her…

Now ever since 9/11 security in public facilities like hospitals and government has really stepped up to the max in North America. But even back in the 1980s, you’d expect a major hospital like the one featured in Visiting Hours would have the minimum of security. But it doesn’t. Even the police seem to miss Ironside’s suspicious-looking psycho creeping about.

But if you look past this flaw, then you’ll discover a masterful exercise in suspense from Québécois director Jean-Claude Lord, who brings a claustrophobic, giallo-esque feel to his first English-language film,. It also has some genuine scares and is bolstered by skilful performances, especially Grant, who brings great believability to her victimised Deborah.

In a nice twist to the standard woman-in-peril story, Lord introduces a sub-plot involving kindly nurse Sheila (played by Matlock’s Linda Purl) who also finds herself on Colt’s hit list. This leads to a nail-biting showdown between the maniac and the two women. Wasted, however, is William Shatner, whose only purpose here is getting another star name onto the credits.

Bizarrely, this one featured on the UK’s notorious Video Nasty list, but ended up being shown on ITV uncut in 1989. It was also a firm favourite at my local video rental back in the day. Revisiting it now, courtesy of Final Cut Entertainment’s new dual format (Blu-ray/DVD) release, I’ve not only found a new appreciation for the film itself, but also for the cinematography, which had been previously muddied by inferior VHS transfers. This suspenseful slice of 80s slasher is well worth the revisit.

Posted in Horror, Must See

‘Abel Ferrara’s debut is in the exploitation ballpark, but it’s as much a product of Warhol low-budget artiness as the slasher genre.’ Empire

One of the most notorious of the video nasties, this 1979 exploitation-art-house crossover from future Ms. 45, Bad Lieutenant and Welcome to New York director, Abel Ferrar was judged almost entirely on its video sleeve artwork with the film itself left out of the equation. Now it’s getting a deluxe Limited Edition Steelbook from Arrow Video with the disturbing film fully uncut. 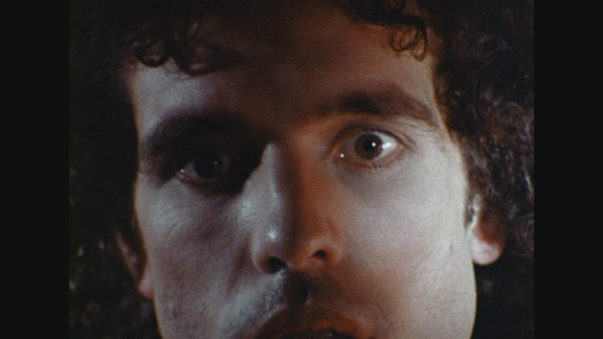 Director Ferrara also goes in front of the camera to play struggling artist Reno, a man pushed to the edge by the economic realities of late-1970s New York and the No Wave band practising in the apartment below. His grip on reality soon begins to slip and he takes to stalking the streets with his power tool in search of prey…

The Arrow Video release of The Driller Killer features a high definition restoration of the film, plus the following special features… 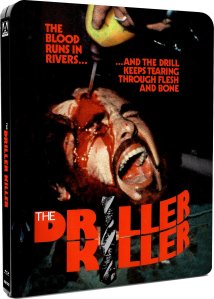 To celebrate Arrow Video’s release, we have been given this exclusive extra to share with you. In this new interview with Abel Ferrara recorded for this release, he discusses why he cast himself in the title role after initially asking David Johansen of The New York Dolls…

When Island of Death director Nico Mastorakis once asked a festival audience member, ‘What made you want to see this movie?’, he got a telling reply: ‘Because it was banned’. And that’s exactly the reason why I first sought out what has become Greek exploitation’s most famous export.

The movie that the censors don’t want you to see!
Originally on the British censors video nasty hit list in the 1980s for its depictions of bestiality and graphic violence, Island of Death ended up having some 20-minutes of footage excised by the BBFC. When it was eventually passed uncut and released on DVD in 2011 by Arrow Video, video nasty aficionados finally got the chance a chance to see the film as the director shot it. Now, the infamous lurid shocker has been given an exclusive 2k restoration by Arrow.

The lucky ones simply got their brains blown out!
Shot on the cheap over 18-days during the off-season on the Greek island of Mykonos, with a group of English-speaking non-actors in tow (some of whom also appeared in that other Mediterranean mess, The Devil’s Men, which was shot at the same time, but had star names like Peter Cushing and Donald Pleasance attached to it), this psycho-sexual thriller follows a psychopathic British couple, Christopher and Celia, as they attempt to cleanse the island of immorality and perversion by killing anyone (mainly homosexuals, middle aged nymphomaniacs and hippies) who don’t meet their crazed ideas of purity. As an added kink, the couple photograph their murder spree that includes crucifixion, poisoning with paint, hanging from a plane wing, and being hacked to death with a mighty sword of justice.

Although the film boasts depraved acts of sex and rape, both human and animal, the results are little more than what you’d expect from a sex comedy, while the gore looks cartoon-like. The travelogue-like cinematography, which perfectly captures Mykonos’ picture-postcard scenery, and the incongruous folksy soundtrack only serve to make this film campier than the director intended.

THE BLU-RAY ARROW VIDEO RELEASE
Arrow Video‘s director-approved dual format (Blu-ray/DVD) edition features not only a new 2K restoration of the film, but over seven hours of bonus content, including the making-of featurette, Exploring Island of Death (which drags on a bit), and a location featurette, Return to Island of Death (with Mastorakis playing tour guide. This one’s a winner for me).

Also included is an archive interview with the director, alternative newly-created opening titles, and five original tracks from the soundtrack, including the catchy theme song. A four-part documentary charting Mastorakis’ filmmaking career and trailer reel (featuring some real stinkers) make up the Blu-ray release extras, plus a reversible sleeve featuring artwork by Graham Humphreys and a collector’s booklet.